My Boat Electronics is run by Lars in collaboration with his family.

We have emerged as an extension to many years of electronics servicing on many hundreds of different boats and boat types. Moreover, Lars has held numerous of local lectures on that same topic via the company Prokyon.

Now is the desire to reach out to boaters with more knowledge about how care should be taken when changing the power system. One mistake can have major consequences and endanger boat owners themselves and other people on board, which not many realize.

Myboatelectronics.com will primarily be a platform for online education in electricity and electronics on board the boats. 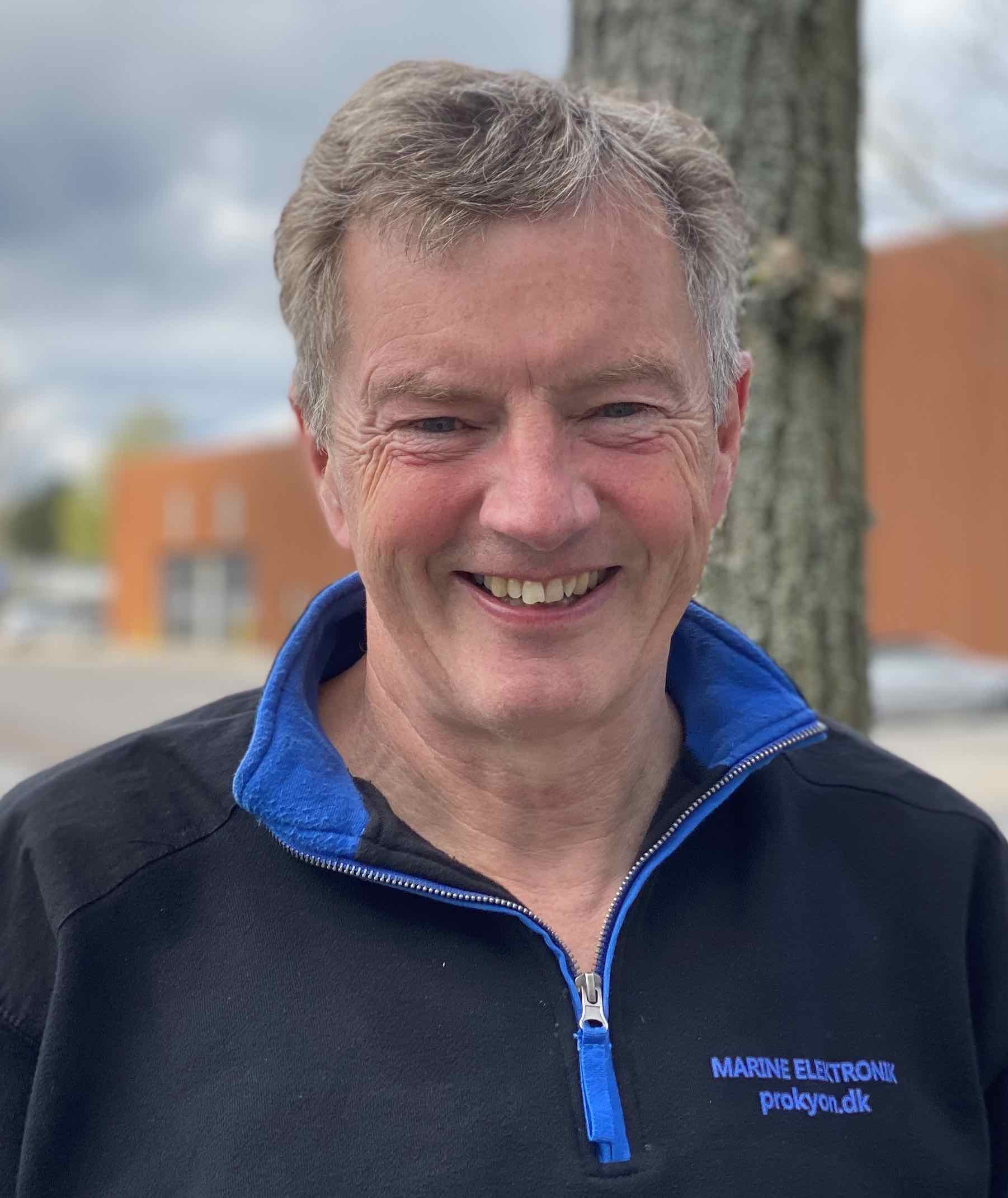 Lars was born in Aalborg and grew up in the most nothern part of Denmark. His career started as an electronics mechanic in the Air Force in 1974 as a technician on the F104 Starfighter. Initially with Radio and navigation systems, later with Radar, where he was an instructor for both technicians and pilots in Denmark and Norway for several years. In connection with phasing in of F16, Lars was involved in the education of aircraft electricians.

In the early 1980’s he got involved in a problem with Shipmate’s Navigation equipment. This led to a job offer, and a few days later he was out of the Air Force to start a job in Shipmate’s VHF communication department, where he participated in the development of VHF radio for P & T’s coastal radios (today Lyngby Radio).

After a few years of development, an old dream of further education had really resurfaced. After 1½ years on the school bench at Aarhus Technical School, he finished as an electronics technician.

The dream was to go either abroad or find a local company. He had written off Zealand (the most eastern part of Denmark) – mostly because the primary school in the Air Force was in Værløse and he did not really have any network and did not know anyone in that part of the country. The only exception would be if there was a vacant position in the microwave development department at “Elektronikcentralen” in Hørsholm. Fate wanted that one month before he finished there was a vacancy. He applied for it, and got it.

In the next 4 years, they developed measurement and test systems for ESA, Deutsche Telecom, France Telecom, and Astra Ericsson in Sweden, among others. Also satellite projects and many other exciting tasks. An exciting time with regular trips around Europe. But it did not last.

“Elektronikcentralen” decided to close the development departments in 1990. After a short visit to “Danmarks Radio”, Lars decided together with three others from “Elektronikcentralen” to start their own company with the same activities and customers as they knew. In addition, they developed infrastructure for India with production there.

After a few years, there were about 26 employees. In 2000, Lars decided that something new had to happen. He had in the mean time received a management education. At about the same time, they were in negotiations with Ericsson about selling the company.

Lars was then employed by Leica or as many know under AP Navigator as Service Manager with responsibility for the production of GPS navigators as well as service of dealers and their technicians for approximately half of the world. Suddenly there was a need to develop navigators to also function as an AIS display in collaboration with SAAB and it quickly became clear that he had to take on that task.

In 2003 there were several companies interested in taking over Leica and after some negotiations it was decided to move the office to England. Lars then decided to start as a freelancer, being a little tired of others deciding to close a department with the consequence that he had to find a new job.

Freelancing has been an exciting time for Lars. Many hundreds of boats serviced – from small leasure boats to cruise ships. Lars is authorized to conduct GMDSS radio inspections on commercial vessels.

The main focus area is the same as when Prokyon was founded; sales, installation and service of electricity and electronics on ships. The wide range of tasks often leads from completely simple and uncomplicated to really complex issues.

We just finished watching your tutorial. We think it is brilliant and we have increased our knowledge on marine electrics.
Thank you very much.

In my opinion Lars struck an excellent balance with his teaching of the course.  It was interesting and informative for me as an engineer and I also believe it gives a good introduction and insight for the boat owner, into their boat systems and how to keep them working safely and in good condition.

Many thanks for the Webinair, very informative

Excellent Lars. A great programme. Learned a lot in those 3 hours. Really great.

Many thanks. A useful review of electrical issues.

Knowledge, guides and tools directly in your inbox

Get knowledge, guides and inspiring stories about electricity and electronics on board. Recieve personal offers and be the first to hear about new courses, webinars and blog posts. You can always unsubscribe with a single click.

You have successfully subscribed to our newsletter

Find Us on Social Media

By signing up for the event, you accept that we will send you e-mails with reminders of the webinar, as well as newsletters, content and personal offers. You can always unsubscribe from these e-mails.

You have now joined the webinar: Introduction to the Electrical System.

We just sent you an email, with a confirmation of your registration.

If you do not receive an email within a few minutes, you can try checking in spam and otherwise please contact us.


We look forward to seeing you!

By signing up for the event, you accept that we will send you e-mails with reminders of the webinar, as well as newsletters, content and personal offers. You can always unsubscribe from these e-mails.

You have now joined the webinar on electrical safety.

We just sent you an email, with a confirmation of your registration.

If you do not receive an email within a few minutes, you can try checking in spam and otherwise please contact us.


We look forward to seeing you!